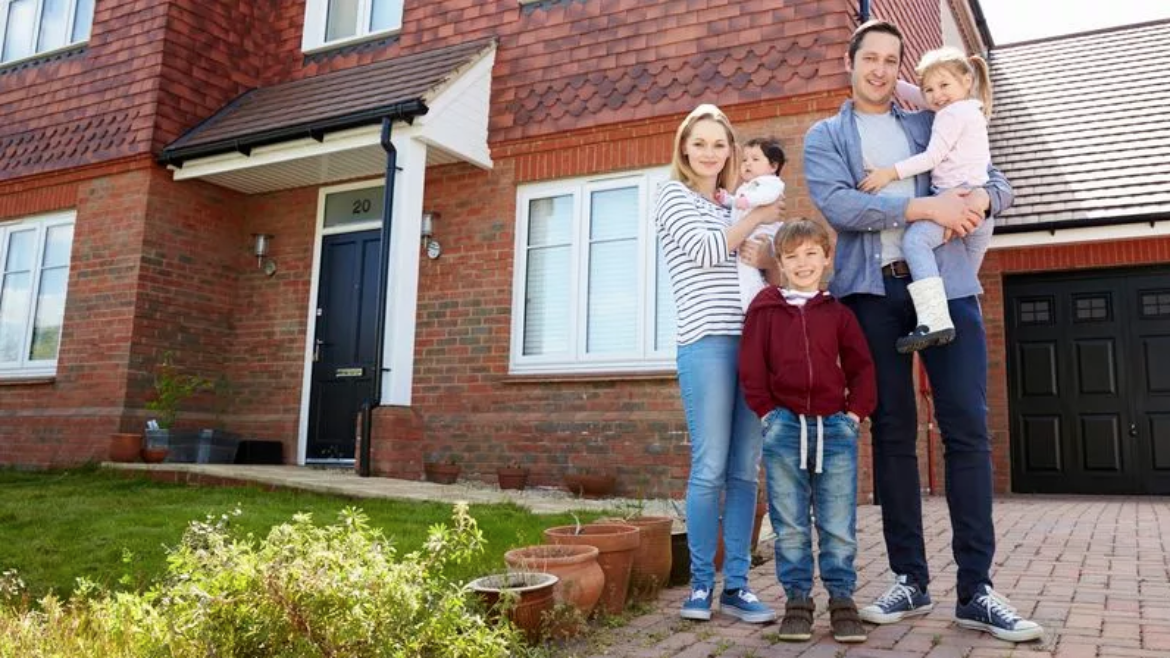 From their parents’ basements to dream homes: Millennials are skipping starter houses

Mike Sullivan, 31, bought his first house a few years ago after saving up for years, but it’s not a typical one or two-bedroom starter house. He paid $360,000 for the four-bedroom, 2,700-square-foot ranch on Long Island. He calls it his “forever home.”

Millennials put off buying their first home as they struggled with the aftereffects of the Great Recession. Now that they’re snapping up houses in greater numbers, many older Millennials are making up for lost time: They’re bypassing the traditional gateway to homeownership – the starter, or entry-level, home – and buying larger, more expensive houses where they’re likely to raise families and maybe even grow old.

“They rented for longer,” says Diane Swonk, chief economist at Grant Thornton. “Now they’re going to where they want to stay,” possibly for decades.

By renting or living with their parents for years, many Millennials in their mid-30s can now afford pricier houses because they’ve socked away more money and moved up to better jobs, Swonk says. And they need the extra space because they’re finally getting married and having kids after deferring those transforming events. Also nudging them into more lavish houses is a severe shortage of lower-priced starter homes.

How big is a starter home?

There’s no hard-and-fast definition of a starter, or entry-level, home but a one or two bedroom – and a small three-bedroom— typically would qualify, says Lawrence Yun, chief economist of the National Association of Realtors (NAR). Prices vary widely by market but starters on average cost $150,000 to $250,000 while trade-up and premium homes cost upwards of $300,000, Swonk estimates.

But older Millennials are even purchasing bigger homes than their predecessors at similar ages. From 2012 to 2016, nearly a third of buyers age 33 to 37 bought four-bedroom homes compared to about 24% in that age group in 1980, 1990 and 2000, according to an analysis of Census Bureau data by Ralph McLaughlin, chief economist of Veritas Urbis Economics.

Sullivan lived with his parents until he was 24 and then rented an inexpensive apartment in Brooklyn to save up for a larger house. He and his wife have two daughters, age two and two months.

“I knew I wanted a family and I really didn’t want to go through the house-finding process again,” he says. Once “every 30 years seems like enough for me.”

The couple put down 20% with the help of both sets of their parents. “The deal with my folks was if I went to an affordable state college, which I did, they would help me out down the road with buying a house,” Sullivan says.

During and after the 2007-09 recession, many Millennials had to take lower-paying jobs that didn’t utilize all their skills. But their incomes began noticeably rising two to three years ago, leading to an increase in home purchases, says Sam Khater chief economist of Freddie Mac.

Millennials, in fact, are purchasing more homes than any other generation. They made up 36% of home buyers last year, up from 32% in 2013, NAR figures show.

Homeowners typically stay in starter houses for about five years before trading up, NAR’s Yun says. But by waiting to buy until their job status and income grew, Millennials have been able to land their dream houses at an earlier age, he says.

Living the dream at an early age

Meanwhile, there’s a shortage of houses generally across the U.S., but it’s particularly severe for starter homes. The number of starter homes was down 14.2% in the first quarter from a year ago, according to real estate research firm Trulia. The skimpy supplies have driven up their prices.

Andrew Walker, 27, and his wife, Christina, moved from Columbia, Md., to the Charlotte, N.C., area last year. They initially rented but bought their first home a month ago — a four-bedroom, 2,400-square-foot house for $280,000. They’re still deciding whether to have kids but even if they don’t, they’ll use the extra rooms as offices.

Although the couple looked at starter homes priced at $140,000 to $200,000, ”The value just wasn’t there,” Walker says, adding that the houses were older and would have required a further investment for repairs. “We were able to afford a bigger house,” he says. “So why not, instead of having to move again.”

After a 3% down payment, they’re shelling out $1,750 a month for a mortgage and related costs, the same amount they paid for rent in Columbia and $100 less than their rent in the Charlotte area. While Andrew, a cybersecurity analyst, took a slight pay cut when they moved from Columbia, Christina, a mechanical engineer, is earning the same salary.

For some Millennials in Albuquerque, N.M. buying that more expensive house is not about its size as much as location and amenities, such as nice finishings and a well-appointed kitchen, says Cathy Colvin, a broker at Vista Encantada Realtors.

Sara Goehner, 32, and her partner, Jean Spranley, recently bought a three-bedroom, 2,000-square-foot house for $350,000 in town after traveling in an RV for 2 ½ years, in part to save money for a house. While the size is more than ample, it’s chief selling point is that it’s near the historic Nob Hill area.

“We wanted to be really close to the action,” Goehner says. “This is our forever house.”