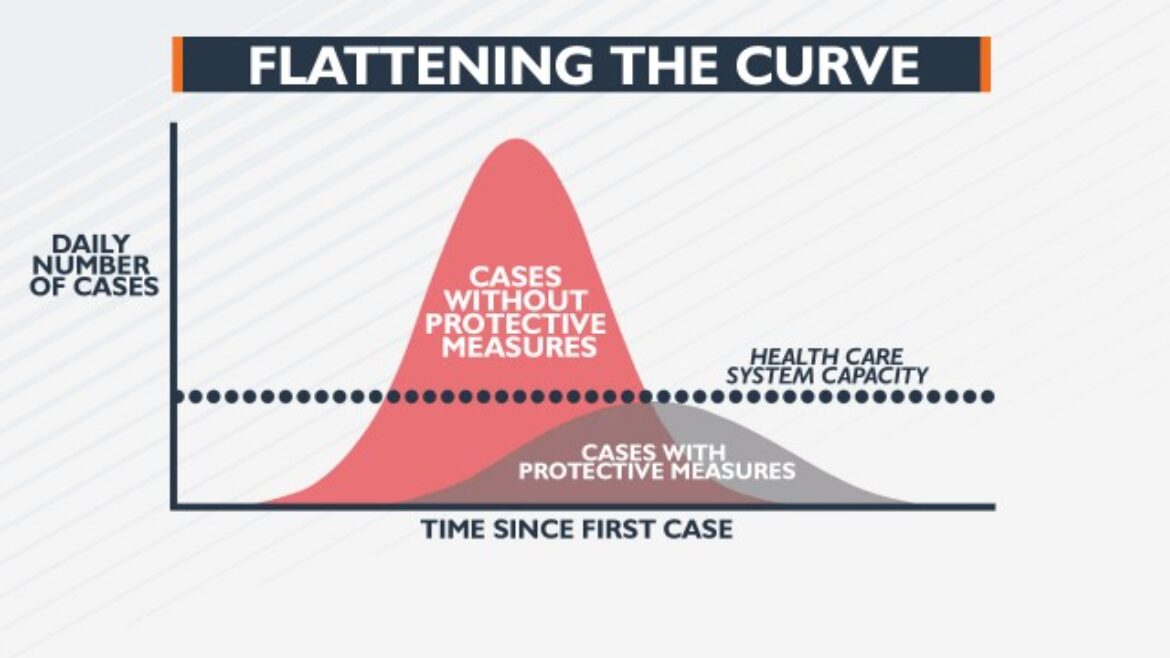 COVID-19 is officially a global pandemic, let’s get informed and act together.

Yes; this is bad

Don’t panic but do not brush off the public health warnings of Coronavirus. Emerging consensus is that containment might have been possible a few weeks ago, but is no longer realistic. Although China bought us all time, we wasted it. We are entering the pandemic phase which will be followed by seasonal recurrence of the disease unless and until we have a vaccine (which may still be 18-24 months away, if we are lucky).

This is not a normal flu

Not even in the best case

The World Health Organization estimate of 3.5% mortality rate is an average across age groups, and they have provided large surveillance data as evidence against high numbers of asymptomatic cases. There is very strong consensus that those aged 60+ and those with underlying conditions are the most impacted.

Earlier in the epidemic, there was hope that 3.5 percent was grossly overestimated, however as evidence continues to emerge, there is dwindling support for that hope. The numbers out of South Korea are so far the most optimistic in the world (0.7% cases were fatal); however, a) the South Korean population is younger on average and b) South Korea (in contrast to the USA) have been doing everything right from the earliest stages of the outbreak: they have done massive roll out of testing coupled with radical transparency, public support and brilliant drive-through testing! If this strain of Coronavirus is like other viruses, aggressive measures that reduce transmission, may also lower the average ‘dose’ of viral particles that cause any given case; this might reduce the average severity of disease and decrease overall death rates. Time will tell.

Moreover, even IF the true Covid-19 mortality rate is as low as 1% (as it is so far with the Diamond Princess), that would already be ten times higher than a typical seasonal flu.

For most people, infection results in a mild but still transmissible illness; that is how it spreads. Those that get severe illness are hit really hard. Mortality is not the full picture: Italy reports that 10% of cases need not just hospitalization but also ICU care – and they need that care over a period of 3-6 weeks. This is unsustainable.

A lot of ink has been spilled on speculation about the “true” rate; however we are still in the early phase of the pandemic and it could take years to precisely determine the rate. BUT we know that it is somewhere between .5% and 4 percent mortality; this range is more than adequate evidence to warrant decisive, immediate, large-scale preventive action. Far and away, the most important thing to do is flatten the curve of the epidemic so that our health systems can cope and to give time for the scientists to research vaccines and treatments.

Assume that the virus is already in your city / town / workplace / church / etc. It almost certainly is “here” and is simply not yet detected due to the shortage of tests. Moreover there are 6 states that still don’t have a single lab ready to carry out the test even if they had one in their hands. Estimates from Italy are that in the early outbreak, the number of actual infections was four times the number of cases than it was possible to confirm at the time. Cryptic transmission in the community was happening for weeks before it was detected in Seattle. Seattle and Stanford are doing an amazing job of getting up to speed with their own testing kits; about 5-7% of tests in Seattle are positive and anyone (with a doctor’s indication) can be tested.

Frustrated by the lack of testing resulting from the problem with the CDC-developed kit, the Seattle Flu Study began using an in-house developed test to look for Covid-19 in samples from people who had tested negative for flu. That work —permissible because it was research— uncovered the Snohomish County teenager.

(For the sake of public health, University of Washington are publishing these results). So far only UW and Stanford have been moving ahead with their own (non-CDC) testing; both of these institutions have mandated that in-person classes be moved to distance learning alternatives. That speaks for itself; more universities should follow suit. That said, professors need the technology and support to make this switch.

Education communities that are resource-poor (without laptops or internet) would have the hardest time doing this switch. So let’s start with those universities (and disciplines) for whom this switch is not such a major hardship. There is no one-size-fits-all intervention, but speed is key. Professors, please don’t wait for your university administration to make the decision campus wide. Move to a distance-based option of your own accord. Check out these tips for teaching online in a pinch.

The US healthcare system is not well enough prepared. No one is

In the USA, our health care capacity is under 1 million staffed beds; this is not adequate to accommodate the number of hospitalizations we are expected to see (4-8 million). Johns Hopkins University did a 3-year global survey of pandemic preparedness. Although the USA ranked at the top of the countries, even the US only scored a 42 out of 100. We simply don’t have the equipment, training, or messaging in place and we need to ramp up fast. No one does. That is why your choices today matter so much.

And those of us with Italian colleagues in the north (hit hardest) know they have exceptional physicians, infectious disease docs and immunologists. And effectively universal care. This is not a developing-world tale that is irrelevant for the US situation.

Relative to other countries, US labor and healthcare policies are a perfect storm for pandemics

The fact that these safety nets have not previously existed in the US complicates the behaviors required to #flattenthecurve compared to most other countries affected so far. However, legislation passed Friday by the US House of Representatives aims to address some of these critical issues. Namely, the bill will provide enhanced unemployment benefits, free virus testing, and additional funds for food assistance and Medicaid. The bill is reported in the New York Times, CNN and by other news organizations. Read the text of the bill here.

Doctors worldwide are getting pummeled on the frontlines of this crisis, the lack of protective equipment is causing them to get infected, and themselves unable to get the care they need. For a personal lens on this, have a look here, but this is by no means unique; the accounts are flooding in.

Globally speaking, authoritarianism can limit pandemic control since it can limit the expertise and transparency required for good decisionmaking, to make the best use of resources, and to communicate status to the regional and global citizens. Examples of this have been seen in China (earliest in the epidemic), and in Iran, Turkey and Russia, which until recently had reported the statistically unrealistic scenario of no cases. Country-specific US Embassy pages now are now reporting cases, for example Russian Embassy. A number of effective data visualizations and world-wide case tracking are now available, for example at the Johns Hopkins Coronavirus Resource Center and the New York Times Coronavirus Case Maps

There is hope. You’re it. That’s the work

You can help by following as much as possible of the following guidance. The earlier the precautions are taken, the more precautions are taken, the more lives are saved. It is that simple. Expect yesterday’s under responders to be today’s over-responders. Resist the urge to ricochet or give up hope. The key is to stay calm and do the steady work of infection control and urge others to follow suit.

From a dear friend in Beijing “Steer as far away from the fear and hysteria that might be hitting your towns. Use wisdom but don’t allow it to become an empty excuse for not loving your fellow humans. Choose generosity instead of hoarding. And on those really hard days (or maybe after watching too many news reports) turn up the music and dance! Celebrate the goodness! It’s there, it will remain and you can be a catalyst for it!”